Let me put a scenario to you. There was a woman who was daughter of a minor diplomat and soldier and married to another military officer. They had two children, a son and a daughter. Both husband and wife moved in royal court circles and it was not long before the young woman came to the attention of a royal prince. Despite the prince having a new, equally young and attractive wife, the woman and the prince became lovers. On the death of the prince’s wife, the woman’s husband having also died, they scandalised the court and country by marrying. Sound vaguely familiar? Well parts of it perhaps!!

This didn’t happen in the 1980’s and 90s. Oh no! This happened over six centuries ago! It just goes to show that human nature, particularly royal, doesn’t change.

Katherine was born in about 1350 and was daughter to a Payne de Roet. You’d be right in thinking that they were not English. In fact Payne was herald to the Duke of Hainault, now part of modern Belgium. A herald was a sort of medieval spin doctor. That’s all very well but how did a nice girl of Flemish descent find herself at the English court – simple. The Duke of Hainault had a daughter, Philippa, and she was married off to Edward, Prince of Wales as a price for the duke’s support. Edward and Queen Isabella (his mother) and her lover Roger Mortimer, Earl of March, were staging a successful uprising against Edward’s Dad, Edward II. You see how sex plays an influential part in English history!!

Philippa and Edward married in 1328 in York Minster and Payne de Roet came to England as part of the new queen’s household. I have no idea who Payne married but Katherine came along in about 1350. She had an older sister, Philippa, who married Geoffrey Chaucer (he of Canterbury Tales fame!), a brother, Walter and another sister, Isabel, who became a nun. Payne was knighted for his services to Queen Philippa but carelessly got himself killed in one of the many minor engagements in the Hundred Years War with France. 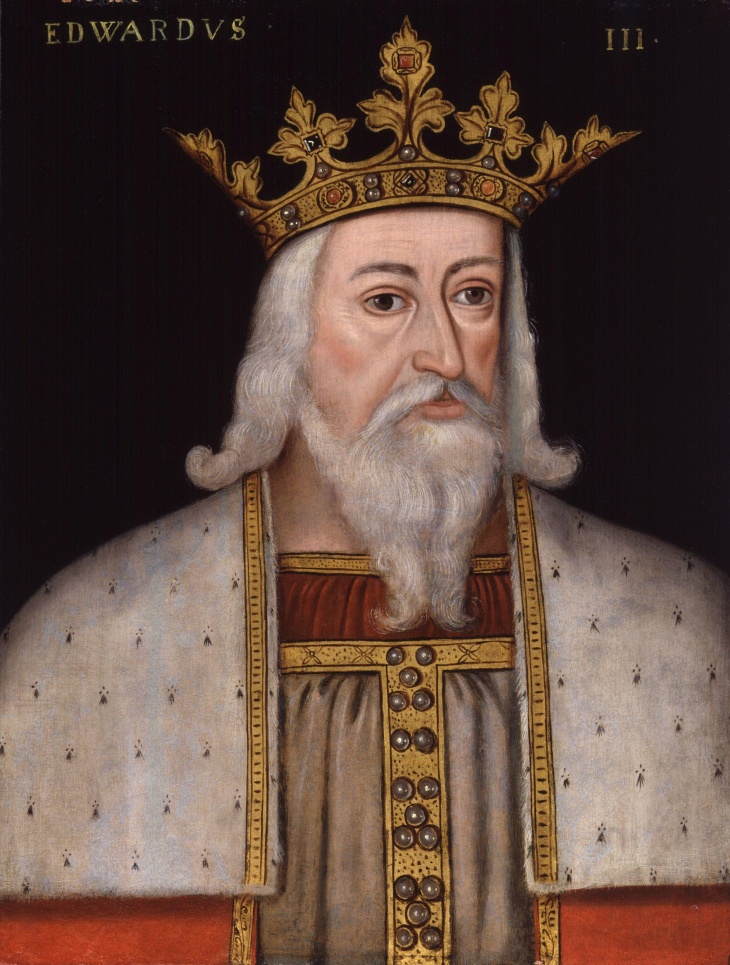 Katherine was married at the age of 16 to a mildly impoverished knight named Hugh Swynford in about 1366. He had a very run down living at Kettlethorpe in Lincolnshire. The couple had at least two children, Thomas (of whom more later) and Blanche. Hugh didn’t stay around long; he shuffled off this mortal coil in 1372.

It was about this time that Katherine and her sister, Philippa, became part of the household of John of Gaunt, Duke of Lancaster. John was a younger son of Edward III and one of the richest men in England. Katherine filled the roll of governess to John’s two daughters by his first marriage. John had married a second time in 1371 to Constance of Castile, heiress to the Castilian throne. By all reports Constance was a good-looking seventeen year-old and she and John produced two children. It did not, however, stop John from moving Katherine into his bed less than two years after the marriage. In 1373, John Beaufort, the first of their four illegitimate children was born. The name, Beaufort, came from an estate John of Gaunt held in France. Two more sons, Henry and Thomas, and a daughter, Joan, followed.

Both Constance and Katherine seem to have got on well or at least tolerated each other. Constance died in 1394 and John, who was spending some time in the service of the Duke of Aquitaine, returned to England and married his mistress in January 1396 at Lincoln Cathedral.

At this point the effluent hit the proverbial fan. It was OK for a prince to have a mistress. No doubt you could populate a market town with the illegitimate progeny of the Plantagenet family. The problem came when the prince actually married his mistress. Look at it from the royal court’s point of view. First you have King Richard II and his queen, Isabella of France, and then you have the most senior and powerful noble of the land, John of Gaunt, Duke of Lancaster, and his bit of stuff on the side!!! Noses were put out of joint by the hundred! Lords and ladies with gallons of blue blood in their veins had to give way to this commoner of low birth. The ones that really counted were Richard II and John of Gaunt’s eldest son, Henry Bolingbroke (later Henry IV). Katherine got on well with both and, after John’s death in 1399, they made sure she was comfortably looked after. She died in 1403 and was buried in Lincoln Cathedral where you can see her tomb to this day.

There now took place a minor event that had a massive influence on subsequent English history. Early in 1397 an Act of Parliament was passed to legitimised the four Beaufort children. Henry Beaufort became a cardinal; Thomas was made Duke of Exeter and, eventually, guardian of the young King Henry VI. John Beaufort, the eldest, was created Earl of Somerset and his son, also John Beaufort, Duke of Somerset, was the father of Lady Margaret Beaufort, who married Edmund Tudor, Earl of Richmond, and became the mother of Henry VII, the founder of the Tudor dynasty. Are you still with me!

Through her granddaughter, Joan Beaufort, who married James I, King of Scots, Katherine is the ancestor of every Scottish monarch from 1437 onwards, and thus of the royal House of Stuart following the union of the crowns in 1603. Another granddaughter, Cecily Neville, married Richard Plantagenet, Duke of York, by whom she was the mother of the English Kings Edward IV and Richard III, making Katherine the ancestor of every English monarch since 1461. Five American presidents, including George W. Bush, are also descended from her – but we wont hold that against her!! (English joke!!)

Not bad for one who was denigrated in her time as an “abominable enchantress” and “royal whore.”

By the way, after a bit of digging I’ve found another descendant of Katherine – one, Camilla Rosemary Shand, who became Camilla Parker-Bowles and now Duchess of Cornwall. Now there’s a surprise!

Oh yes! I almost forgot. Katherine’s son, Thomas, by Hugh Swynford, has his own dubious place in history. He was appointed Constable of Pontefract Castle and is widely regarded as responsible for starving Richard II to death after that king was deposed by his cousin, Henry Bolingbroke (Henry IV), eldest son of John of Gaunt. It just goes to show, some people will do anything for a stepbrother!!

I am Alan Freer and live in the small village of Byfleet, Surrey, England. Edward, the Black Prince, spent much of his final years in Byfleet. I have been an amateur “historian” since the age of seven, when I purchased my first history book in 1955. Indeed, it was anticipated that I would become a history teacher, but a brief conversation just before I was due to go to university directed me to the banking industry – more lucrative but, perhaps, not so satisfying! History lead me into genealogy and I have my own website detailing the Descendents of William the Conqueror (www.william1.co.uk ). A never-ending project! When I retired from the bank in 1999 I started to write and have had a number of articles published in US history magazines or on magazine websites. Primarily I wrote for the amusement of my colleagues in my second occupation as a civil servant. I count myself most fortunate to have been born in England and would not wish it otherwise – except, possibly, Italy!!

View all posts by Rebecca Larson